What we hike through was the Frankfort Mineral Springs Resort.  This was the remains of a health spa for the wealthy in the mid 1800s.  There was one remaining structure at the top of the hill, other that that there are several unnatural rock structures that we saw along the trail that would have been the foundations of lodges or something of that nature. 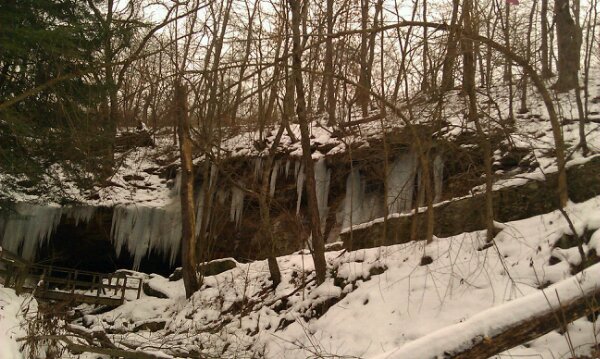 This scene was a surprise to us. You could pass under the ice into a cave / cavern area that had ice forming from the roof of the rock as well as from the ground from the dripping water.  This is straight ahead of the bridge seen in the image above. Very cool! 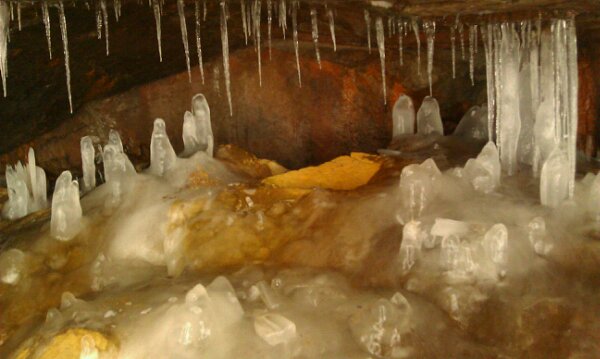 I am not certain how these had formed but they were like ice marbles. 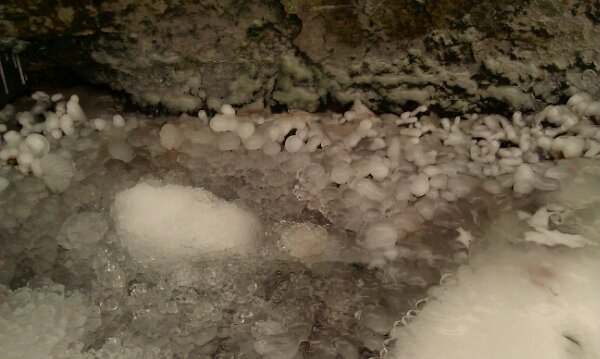 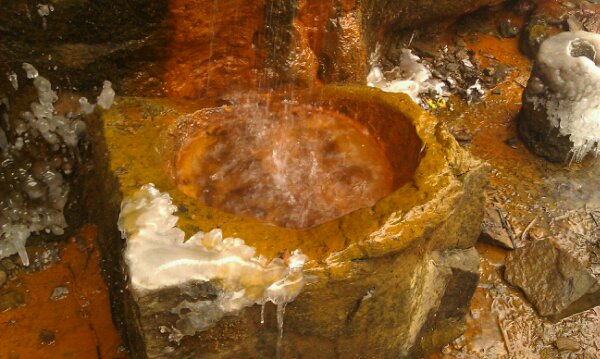 This one spring of water in particular appeared to have large amount of iron in the water.  You can see the rust that is staining the surrounding areas.  Thing that is odd is that the rock that the water was dripping into has formed to the shape of a bowl.

The cup of life! A beautiful surprise for sure – Much more to explore throughout Raccoon : )