I was in the market for a mid sized notebook.  The netbook is still running strong, but the atom processor and 8.9 Inch screen doesn’t cut it.  The think that I needed the most is a FULL size shift key / keyboard. 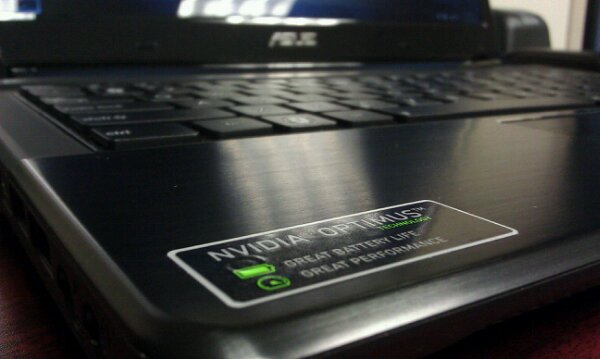 After having such success with my ASUS Netbook I felt that it would be safe to stick with the same brand.  Finding the UL80JT I make a quick decision on purchasing it.  Its specs seemed solid… a  i3 processor, 4gb of ddr3 ram, 500gb HDD, hdmi out, 10hr battery.  The thing that I was partially worried about was the dual video controllers. With the computer having both Intel and a NVIDIA GeForce 310M i figured it was safer this route than the Intel / ATI option when it comes to running Linux. 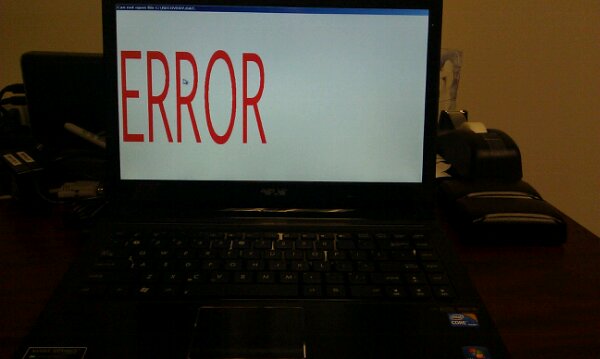 This is an actual message when you boot from a hidden partition that grub sees at (hda1).
It expresses how I feel about buying this crap

I have installed 32bit and 64bit of Mint 10 and Ubuntu 10.10.  In addition I have also installed 32bit of Ubuntu 11.04 A2.  I can not get this notebook to suspend / hibernate for the life of me. It is pointless to even own a notebook that can not do this.  I have tried various OS to toggle between 32/64 bit video drivers as I believed this was my issue due to the screen and computer never completely shutting down when suspending.   I have updated the ASUS BIOS from 210 to 214 (which is rather new 2011/01/14).  The BIOS is pretty crappy.  There are no suspend options (S1 S3), there is no way to set what video controller to use.  Oh.. but there is a option to make your own boot image, animated bios image, and bios noise and volume control.  Bad.. BAd ASUS!

With blacklisting the nouveau driver and successfully installing three different NVIDIA drivers including a beta 32bit driver I have have no success with this notebook and I am running out of patience with this thing. 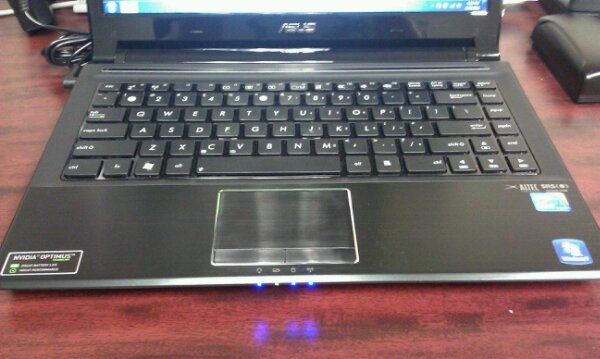 I will not run windows 7..  I would rather sell this thing 🙁

Previous articlePresidents Day - Quote of the DayNext article My name is MUD.. and I will capture your car!

I have a UL80JT as well but mine has a slightly different spec and look than yours, mine is core i5 and in the bios I do have an option to choose the graphic card, yours is the second batch of UL80JT and that’s why my whole keyboard area is aluminum covered and yours has some rubber in it.
Anyways, I started using linux a few weeks ago with a live usb and then yesterday I installed linux on the machine it self with dual boot(I need windows) then I started to use windows less and less till today that I went to uni and realized that the battery life is sh*t with linux. I noticed that the fan is always on.
Since I am not a linux user I didn’t know how to reduce the cpu clock ( I am aware that I cannot have optimus) and I know that the gpu is nvidia right now and the intel one is not working.
I CAN sleep/hibernate(or whatever you call them in linux).
One of my problems was the touchpad that didn’t have the two finger scroll enabled and then I found the settings 😀
The other is the fan which kills my ears and goes on and on, like I am playing a game all the time, I have turned off the visual effects in linux with no luck.

I will say this. Ive ran my ULJT80 into the ground. (Her name is Courtney) She is one TOUGH BIATCH! Ive taken her apart, put her back together, she’s over heated, Ive taken out her Ram and her HD (i had nothing to lose at this point in mid-process diagnostic, Started her without a hd ( Had to see if the Rkit was on my BIOS or hidden sectors…(I’m kind of a mad man) She keeps turning on, to my shock. I think Asus needs to step up there driver support game but this machine has been through rootkit hell (and me, Dr.Deathendoom to cure her) But she’s a working. I even had to use sculpy to secure her keyboard pins.