Since I bought this car if in a well lit area, the only way to know if my fog lamps were on was getting up real close on car in front of me and observing the reflection.

In of process of getting gear oil today from the dealership I attempted to get replacement bulb. They normally can look things up rather well with the VIN, for what ever the reason this did not work for this bulb. The were confused and it took time to realize what it was, and that they didn’t have it in stock. I would need to be ordered for 6 bucks, which I declined.

Then tried selling me 80w90 gear oil? This great stuff, Extra-S, I read about before arriving they denied its existence. I was frustrated and left with just my transmission drain plug crush washer.

In searching some more online when getting back to the office I located a bulb that could be used from RadioShack..

The replacement involved popping the switch loose from the dash. Then using a flat head screwdriver to remove the bulb in harness from the switch. Removing the bulb from the plastic harness. Then reinstall with new bulb. There is a orange condom that goes over the bulb to make it illuminate orange. 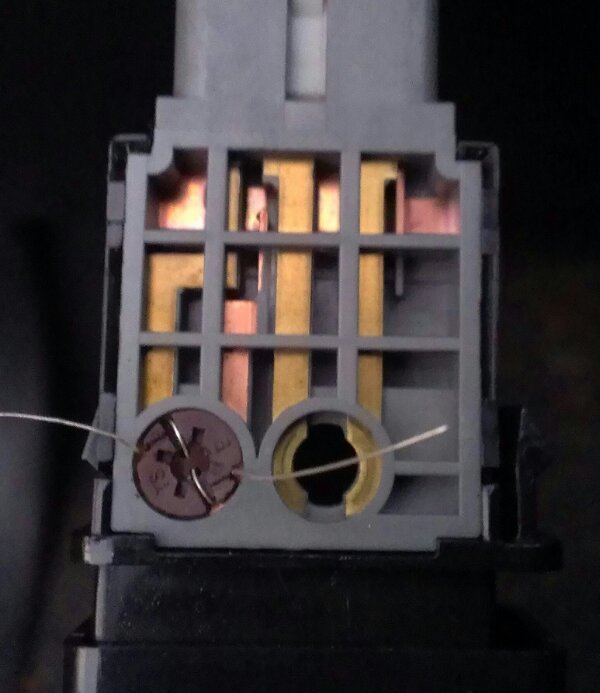 After testing the indicator you can easily trim off the excess leads from the bulb. 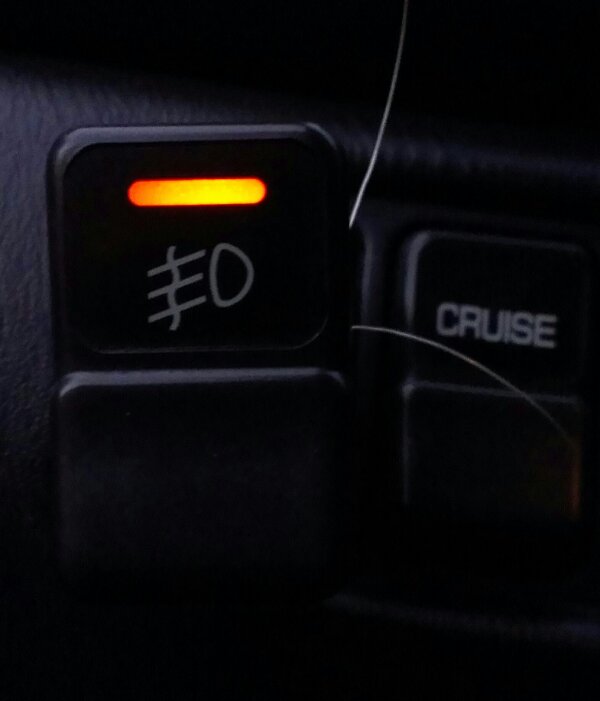