Thursday night I was told of a favorite unique sound of Pittsburgh, that of Lungs Face Feet playing at venue have never been at in downtown Pittsburgh called Mexico City. 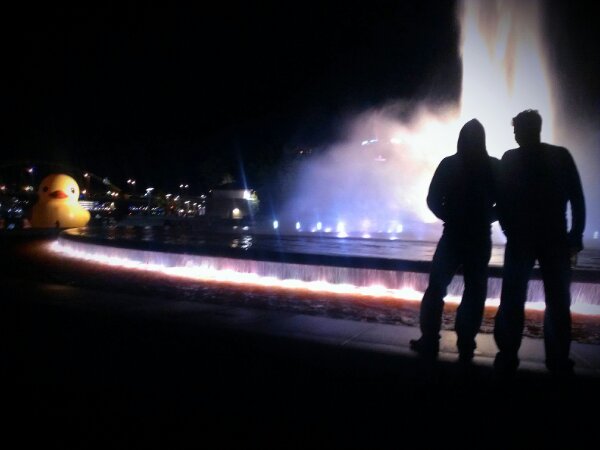 Headed back and saw the show, which started like over hour later than expected.  I was exhausted by the time that lungs face feet finished up, but after hearing there was 27 people in the next band, I had to check it out.  with non stop energy of 27 piece band in your face, literally.. I could not leave 🙂

Detroit Party Marching Band, was unexpected, shocking, and enjoyable.  This is the best quality video of their live show.

It was.. explaining my shoulder injury too animated at dinner lol

good thing Dr Mike was there!

I’m really glad we all decided to make the show! It was an excellent time, would like to see them again…