Skip to content
Parts finally delivered for RS
May 24, 2013 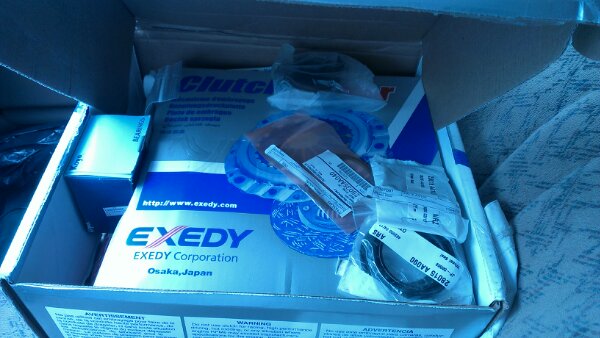 Only days after putting new brakes on my car a noise started when engaging the clutch. The throw out bearing was failing.

The short of it is needed a clutch installed to resolve the issue, and while in needed a wheel bearing in the rear.

Parts was my task as I did not want aftermarket Oem grade parts. Distributor was faced with issues when packing order, was delayed from Saturday to Tuesday delivery, which was delayed to Thursday turned Friday delivery thanks to FedEx.

So now they have the parts and it’s a holiday weekend. Will be Wednesday Thursday before done.

They tell me there were three bolts missing when taking out the transmission. One on bell housing, one on starter, and one on driveshaft.

This means that mechanic I used on the day one of owning the car did a pass poor install beyond the crap that I already known about and reason no longer a customer. Same mechanic that was to do two rear wheel bearings and only does one. Takes them days to call and ask about the subaru immobilizer in the car needing reset after battery out. If it was not then that lost them, they didn’t bother telling me that they were missing.